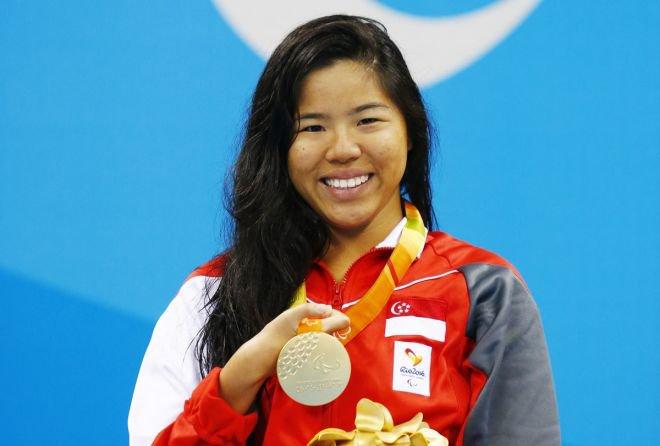 Yip Pin Xiu, National Paralympic Swimmer who is Singapore’s first and only Olympic* gold medallist said, “I identify strongly with the MindChamps’ philosophy of nurturing the Champion Mindset in every individual. It is the Champion Mindset that has helped me overcome my disability to achieve my dream of an Olympic Gold Medal.”

Pin Xiu realised the hopes of the entire nation by winning the gold medal at the Beijing 2008 Paralympic Games. Afflicted with muscular dystrophy, a syndrome that slowly breaks down her muscles as she grows older, Pin Xiu defied convention to pursue her love for swimming. She has gone on to win numerous medals in major international swimming competitions.

Pin Xiu is also a recipient of prestigious awards including the Meritorious Service Medal BBM in 2008, the Junior Chamber International’s 10 Outstanding Young Persons of the World award in 2011, and the Singapore Women’s Hall of Fame in 2014.

“Pin Xiu is truly a Champion whom we should all be proud of. According to the research findings of Professor Emeritus Allan Snyder who studied the lives of global giants from Mandela to Branson, Pin Xiu possesses the three ingredients that make a Champion,” said Mr David Chiem, Founder and Group CEO of MindChamps.

“The first ingredient of a Champion is the abhorrence to being ordinary. Pin Xiu shared that while growing up, a lot of people discouraged her from trying to get into the national swim team. She said that the more they told her not to do it, the more she wanted to prove them wrong.

“The second ingredient of a Champion is the courage to challenge conventional wisdom. Pin Xiu was told that with muscular dystrophy, the more she exercised, the worse her condition would become. She said that she would rather do something that she enjoys and live life the way she wants, than to live a really long life and not enjoy it. Today, her muscles are growing stronger and she has stopped seeing doctors who discourage her from being active physically.

“Thirdly, Champions overcome adversity and even failure to achieve their dreams. According to Pin Xiu, she had to overcome her disability classifications (ranking of athletes based on level of disability) which became lower as her condition deteriorated. She did not let it affect her; in fact, it only spurred her on to continue to push towards achieving her dream,” said Mr Chiem.

With her Champion Mindset and ever-growing list of achievements, Pin Xiu is a shining beacon of inspiration to her peers and fellow citizens of all other ages. Currently studying Social Sciences at the Singapore Management University, Pin Xiu is looking forward to participating in the 2016 Paralympics in Rio, Brazil.