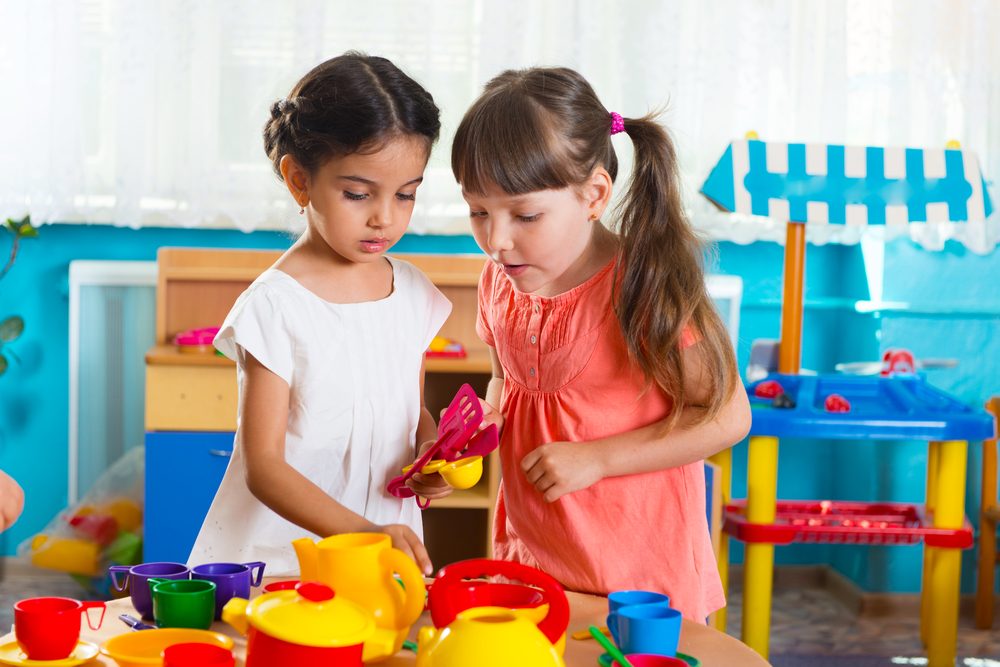 Children are natural learners – from the moment that they are born, they absorb information and pick up patterns, ideas and concepts to figure out their environments and how they relate to others. Even as infants, they go through growth spurts that lead to mental leaps as they learn new things.

As they grow older, play becomes the main way that children figure out these new concepts and ideas, as well as a way to bond and engage with parents, siblings and caregivers in preschools in Singapore.

Play is extremely important for children. What are some of the types of play that help kids to learn?

This kind of play may not seem like play to most adults and onlookers at all. In this type of play, the child observes what is going on, standing in one spot or performing random movements.

During this phase of play, when children are very young, it helps to sportscast or narrate what people are doing – which introduces valuable vocabulary to the kids as well as explains what is going on.

Don’t worry if you don’t think your children actually understand what you are saying. Trust that children are like sponges, absorbing and soaking up everything around them.

In solitary play, children play alone by themselves. This kind of play prepares them to be self-sufficient. Initially, children will not spend a lot of time in solitary play, needing to check in with caregivers often, but as they grow older, they will be able to keep themselves entertained for longer periods of time.

Resist intervening on your child’s solitary play unless you absolutely have to (such as for safety reasons). Allow them the space to play on their own and to enjoy being engaged by themselves.

Children often observe other children at play, which helps them to absorb ideas from other sources. At home, you will often see this with siblings, when a younger one watches an older one to figure out how they are playing and what they are doing.

Ask your children questions about what they see and why the other children are behaving that way. Help them to build a mental framework that helps them puzzle out the whys and hows of what is going on around them.

Read also: Why PreSchools in Singapore Should Provide Gym Lessons in Their Curriculum

This kind of play teaches children how to put things together, build with blocks and tools, and manipulate objects. This helps children to develop their fine motor skills and their cognitive awareness of objects.

Open-ended toys are brilliant for this type of play, as they allow children to exercise their creativity and explore different ways to play with them. Wooden blocks, plastic bricks and loose parts like ice cream sticks are typical toys that are suitable for constructive play. Kindergartens in Singapore often stock up on these sorts of toys, knowing just how valuable they are for learning.

Parents are often surprised during playdates, or when observing their children in playgroup, when their little children play separately instead of together. The kids may seem to completely ignore each other and play with different toys and games on their own.

However, this is perfectly normal, especially before kids learn how to interact with each other, as managing relationships is very complex. During parallel play, children may actually be picking up social cues from each other and copying each other’s play without realising it.

As children learn to adapt to having other children around them, they start to become more involved in what each other is doing. Rather than doing completely different, independent things while playing, they may both play with blocks individually, occasionally looking over at the other children to see what they are doing.

This play helps with socialisation and problem solving, and teaches them about cooperation and language development as they communicate with each other.

Once children start playing interactively, they are engaging in cooperative play. They incorporate their new social skills and have to cooperate with each other in order to play successfully. They learn how to negotiate, compromise, and resolve problems – even though they may resolve them in ways that parents might not quite approve of.

Tears and tantrums are likely to result, but they are also a sign that your children are figuring out how relationships and friendships work. Cooperative play, in fact, is the key to future interactions, as kids grow and mature.

During dramatic play, kids start to exercise their imagination. They make up stories with each other and this helps to develop their language skills and creativity. Role-playing also helps them to create the rules of their imaginary world and how the greater community works and functions.

Give your children old clothing that they can use as costumes – scarves, hats, old T-shirts and aprons are ideal. Kindergartens and playgroups may often have more elaborate costumes (think Spiderman masks and Elsa gowns), but cast-off clothes are perfectly serviceable and stretch children’s imaginations.

As kids grow older, they start to enjoy competing with each other – although this also comes hand in hand with being upset when they lose! Competitive play helps them learn how to abide by rules and regulations, how to take turns, and how to work as a team to achieve something together.

Teach your children the emotional tools to handle inevitable disappointments and to be gracious, whether as a winner or loser. It is important that they understand that the ultimate goal is to enjoy themselves and have a good time. Many local preschools may shun awards, for this reason, to ensure that the kids have fun with participating rather than outright competing for a prize.

Read also: Why Competition is Good for Students

Find out how MindChamps PreSchool incorporates crafted play activities into the children’s daily routine, under the guidance of the teachers