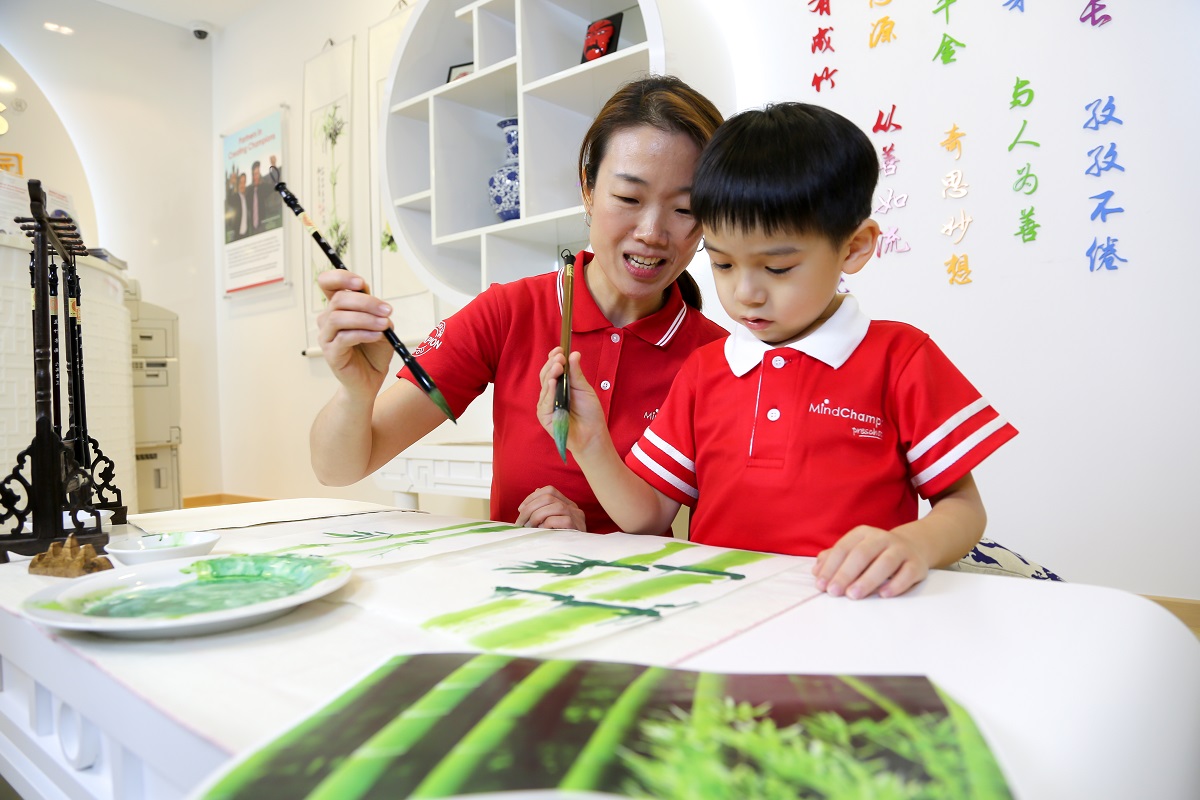 Florence Ho’s daughter is like most Singaporean children. She went to a preschool where English was the main language of communication, spoke English at home and thus struggled with Chinese in Primary School.

Now at 10 years old, she does not have much love for the language and shies away from speaking it. Seeing her daughter’s struggles motivated Ho to enroll her son in a Chinese preschool.

Ho was shocked to see such a drastic improvement in her son’s Chinese in the span of six months. His vocabulary expanded tremendously, and even his knowledge surpassed that of his elder sister.

Moreover, her son is now very proactive in his learning and asks his mother how to say some words in Chinese. Ho shared that “the willingness to learn is priceless, [because] if you force a child to learn they can only go so far”.

Read also: 8 Ways a Chinese Playgroup in Singapore Differs From The Norm

More importantly, her son is now very confident in speaking Chinese and would gladly converse in the language. Speaking Mandarin comes naturally to him and he is not afraid to try.

Ho is a strong believer in the MindChamps philosophy of “100% Respect, Zero Fear” and hopes that her son will continue to be unafraid of failing.

Unlike other Chinese child care centres that may be more traditional, utilising mainly worksheets and with lessons being more instructional, less inquiry-based, MindChamps Chinese PreSchool @ Cecil Street has a more dynamic curriculum.

The school places emphasis on learning about the Chinese culture and helping the Champs gain a sense of identity, while boosting their confidence in using the language to communicate.

Many parents have the misconception that their children’s command in English would suffer by going to a Chinese child care centre.

Ho reasons that outside of school, a child will speak English to their friends and family. Going to a Chinese preschool would mean that a child has at least five hours of exposure to the language per day. Moreover, it is not a solely Chinese curriculum – important English literacy skills will still be taught, and the number of classes conducted in Chinese would be adjusted according to age.

Ho admits that if her son had not gone to MindChamps Chinese PreSchool, he would have been in the same state as her daughter, disliking and hardly speaking the language. Ho believes that a good foundation is essential in nurturing a love for the language.

She describes her daughter’s learning situation as a “vicious cycle” where she had to send her daughter to many classes but the dislike for tuition resulted in a similar distaste for the language. In turn, her grades continued to suffer and more tuition was required.

Thus, Ho took up the franchise and set up the child care centre at Cecil Street, Raffles Place, hoping that other parents and children would not have to suffer a similar fate.

Find out how your child can benefit from attending MindChamps Chinese PreSchool @ Cecil Street.