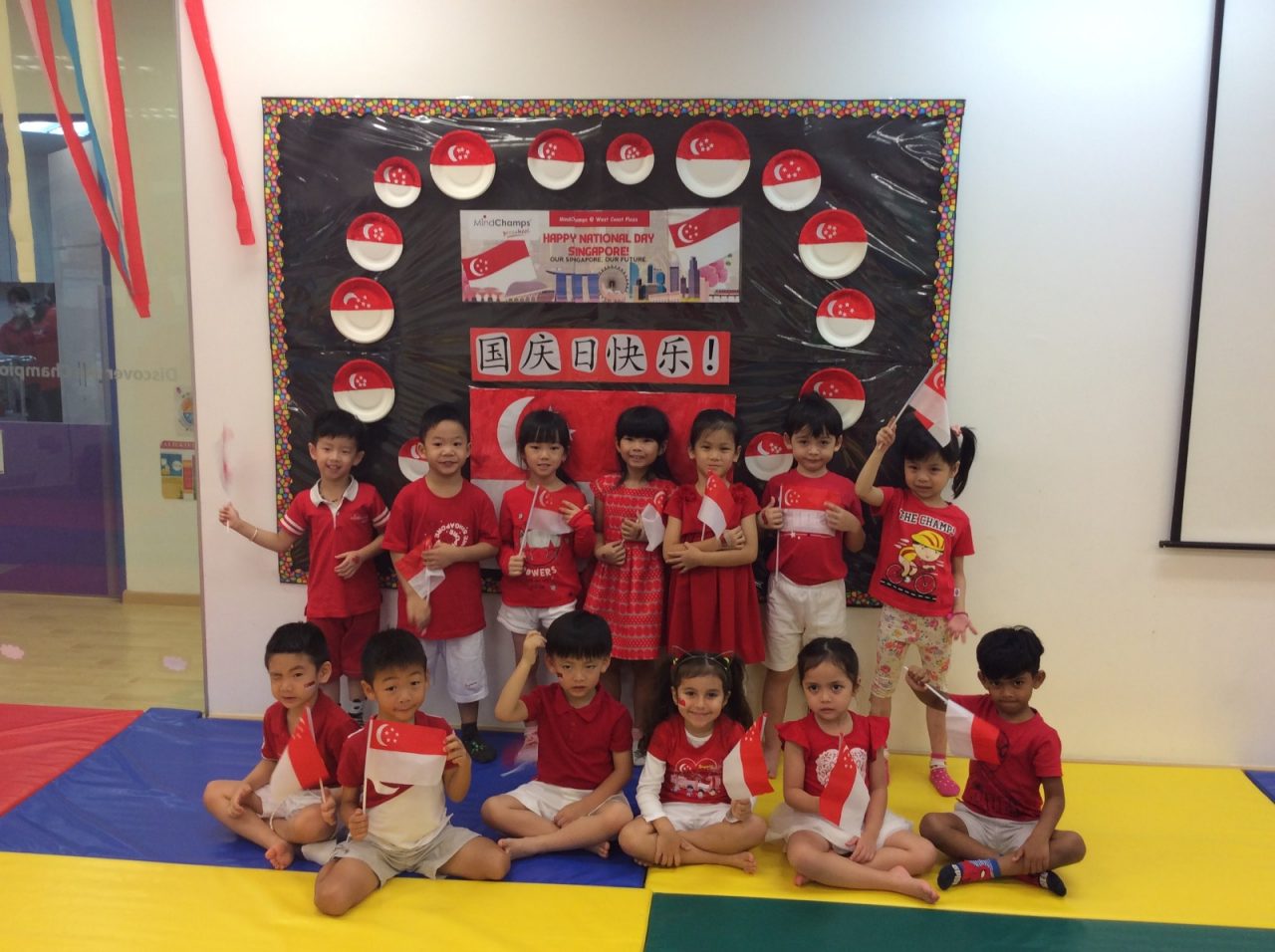 National Day in Singapore is commemorated yearly on 9 August. If your child is attending preschool in Singapore, he or she may be curious to find out more about National Day and how it came about.

Therefore, we’ve made a list featuring some interesting facts about our country and this special day.

1. Singapore’s national language is Malay to constitutionally recognise that Malays are the indigenous people of the land.

2. Although Malay is the official language, English is used as the main medium of instruction and there is a bilingual language education policy in schools where students learn both English and their Mother Tongue which can be Chinese, Malay or Tamil.

3. The National Anthem was composed and written by the late Encik Zubir Said in 1958 and it is entirely in Malay as it is our national language.

4. The full National Anthem is printed in micro-text on the back of Singapore’s S$1,000 Portrait series currency note.

Read also: The ‘Play’ in Playgroup: How do these activities benefit your child’s development?

Behind the Names of Singapore

5. Singapore – Singapore is derived from the Malay word Singapura, which comes from the Sanskrit words meaning Lion City.

6. Lion City –  A popular belief is that Sang Nila Utama spotted a large beast while hunting in Temasek that was misidentified as a lion.

7. Temasek – An early recorded name of a settlement on where modern Singapore is located. It refers to an ancient sea town.

8. Garden City – A vision introduced in 1967 by the Prime Minister at the time, Mr Lee Kuan Yew, to transform Singapore into a city with lush greenery and clean streets.

9. Singapore marked its independence from Malaysia on 9th August 1965. Celebrations are held yearly on this date to celebrate National Day in Singapore.

10. National Day celebrations used to be held in the mornings until the year 1973, when it was shifted to an evening parade to increase attendance. In 2018, 25,000 people attended the parade.

11. There is a theme song for the National Day Parade each year. 2019’s theme song, “Our Singapore” brought together 27 artistes of different generations to commemorate 200 years of the founding of modern Singapore.

12. The national flag of Singapore was created in 1959 after Singapore’s independence from Great Britain. It was designed by a team led by Dr Toh Chin Chye, the Deputy Prime Minister of Singapore at the time.

Read also: An Age-by-age Guide: How to Talk to Kids About Race and Racism

Other Fun Facts about Singapore

17. The Merlion is a mythical creature with the head of a lion and body of a fish. There are five Merlion statues in Singapore and the original Merlion is an 8.6m statue at Merlion Park.

18. In Michigan USA, there is a ghost town called Singapore.

19. Singaporeans have one of the fastest walking speed in the world.

20. The Night Safari is the world’s first nocturnal wildlife park.

21. Singapore comprises a total of 63 islands! Apart from mainland Singapore, most are offshore islands including the popular Pulau Ubin, Sentosa and other lesser-known islands.

As part of National Day celebrations, preschools in Singapore often teach children the history of Singapore, some National Day songs and some themed artwork related to the event.

For a sneak peek of what the children at MindChamps PreSchool got up to during the National Day week, do follow us on Facebook and Instagram for updates!

Curious about what makes MindChamps PreSchool stand out from other preschools?