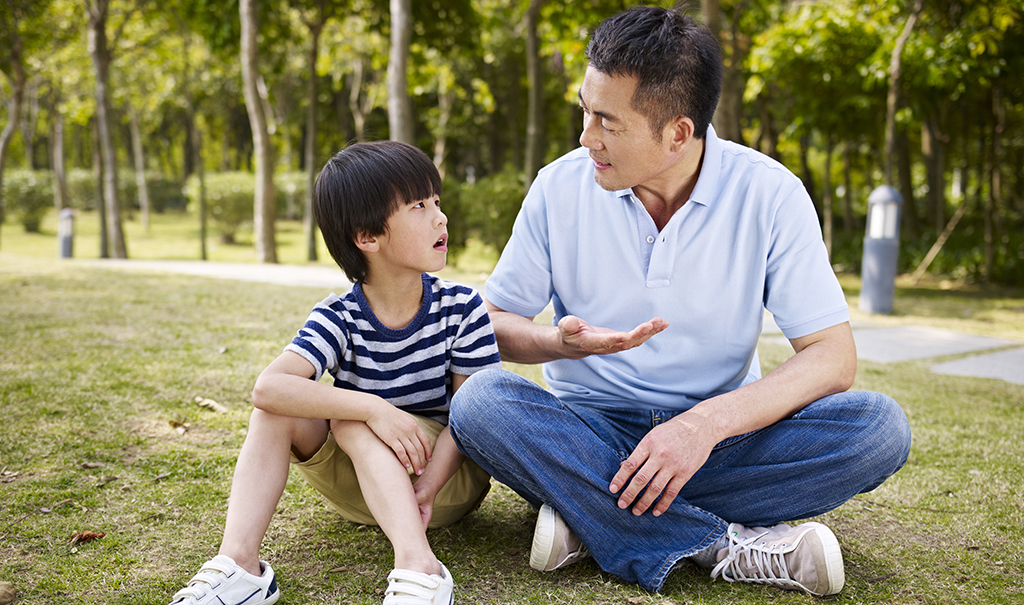 In sporting events like the World Cup, teams will battle it out to win the much-coveted medal or trophy. Medals and trophies serve as a form of recognition for their remarkable sporting achievements.

However, have we ever considered that fathers should be honoured with their own medals too? Most of them will never be a star athlete, but they deserve to be recognised for their invaluable contribution as life’s first coach.

Sadly, there seems to be a tendency for fathers to be underappreciated as compared to mothers.

Why is this so?

Some would say that fathers prefer items that are more expensive which children can’t yet afford, or that fathers don’t treasure gifts as much as mothers do.

Whatever the reason, fathers need to know that they are valued. In fact, they are irreplaceable.

Read also: 4 Telltale Signs That Your Preschooler in Singapore is Stressed

The Importance of a Father’s Role

Although there are exceptions, most traditional Asian fathers seldom display physical or verbal affection to their children. However, they show their love in many different ways, most notably in their sacrifices that go unnoticed.

The long hours put in at work in order to support the family, the sleep forsaken in order to send their children to school early in the morning, the times they could have taken a much-needed rest but decided to bring their children to the park. This is not to say that mothers don’t do the same, but for some reason, these things tend to go unnoticed when it comes to fathers.

Fathers should also be appreciated for the special role they bring to parenting. For example, while mothers tend to keep their babies calm, fathers are the ones who get them excited and laughing.

A father’s teasing, tickling and rough and tumble play have been shown to teach kids to whine less and be more independent.

Read also: Top Reasons to Send Your Kid to a Childcare Centre Near Your Workplace

The presence of a father also has protective effects on children during the challenging transitional years of adolescence and teenagehood, and youths who spend more one-on-one time with fathers tend to have a healthier sense of self-worth.

Finally, fathers have an important role in leading by example. When a father prioritises family over work, his children learn that family is important. When he resolves conflict with reason and calmness, his children discover that it is best to do likewise.

Most of all, when a father treats his wife and daughters with respect, his son learns how to do the same for the ladies in his life, and his daughter learns the proper way men should treat her.

Fathers, if you ever doubt the importance of your role in the family, don’t.

Work may bestow a sense of satisfaction and achievement, but truth be told, you are not indispensable when it comes to your job. No one is irreplaceable at work, not even you.

However, your role as a father never ends; it is a lifetime job, and a crucial one at that. Gregory Slayton, author and father of four children, says it best, “No other man will ever love your children as much as you do… And no other man is likely to be as committed to helping your kids build a successful future as you are. For them, you are, quite literally, irreplaceable.”

Fathers, we appreciate and honour you. May you continue making a difference in your families that only fathers can!

© 2018 Focus on the Family Singapore. All rights reserved.