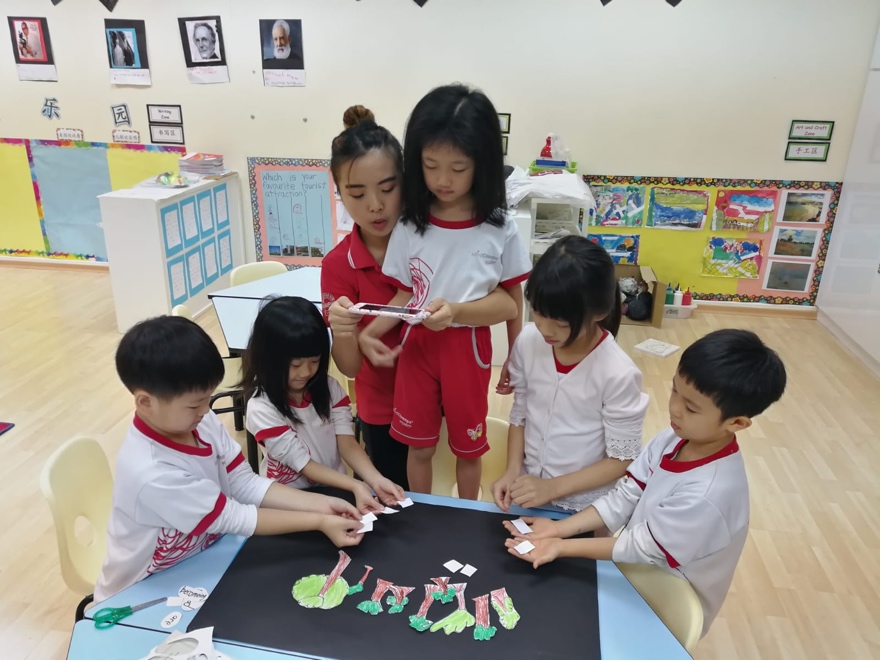 It all started on the day that Champs from MindChamps PreSchool @ Serangoon read a book on nocturnal animals, and two of them spotted a rhinoceros with no horn who was left to bleed on the ground.

From the narrative and pictures in the book, they then learnt how some species of animals in the world are on the brink of extinction as a result of human activities.

Determined to save the endangered species and their homes, the Champs brainstormed among themselves on what they could do to conserve the environment. The ideas that they came up with were nothing short of brilliant!

Champs were introduced to the different types of videos (i.e. animation, dramatising, montage, etc), and through a vote, they decided to produce an animation video.

Together with their teacher, Ms Cheryl, they got to work on preparing the props for the video which was put together with the Stop Animation app on iTunes. After spending some time looking up information online, as well as from books and videos, the Champs contributed ideas for the storylines and did up a storyboard all by themselves.

Take a look at the following two videos which they produced.

“We can create artwork and merchandise to raise funds”

The Champs planned for a mini bazaar at the end of the term. They created their own canvas paintings as well as designed tote bags and notebooks which came with conservation messages for the environment and out these up for sale.

The mini bazaar received an overwhelming response and the notebooks were sold out in less than an hour!

“Let’s donate money to the zoo so that they can save the animals!”

The Champs proudly raised $1,000 from the sale of the bazaar. The proceeds were donated to Singapore Zoo and were handed to a representative from the Zoo who dropped by for a visit to our preschool.

Our guests from the Zoo did a short sharing with the Champs about animal conservation efforts. They brought in specimens such as the rhinoceros’ horn, elephant tusk and snake’s skin. A live python was also brought into the school and the Champs got really excited!

Want to find out what our Champs and teachers get up to during the day at MindChamps @ Serangoon?