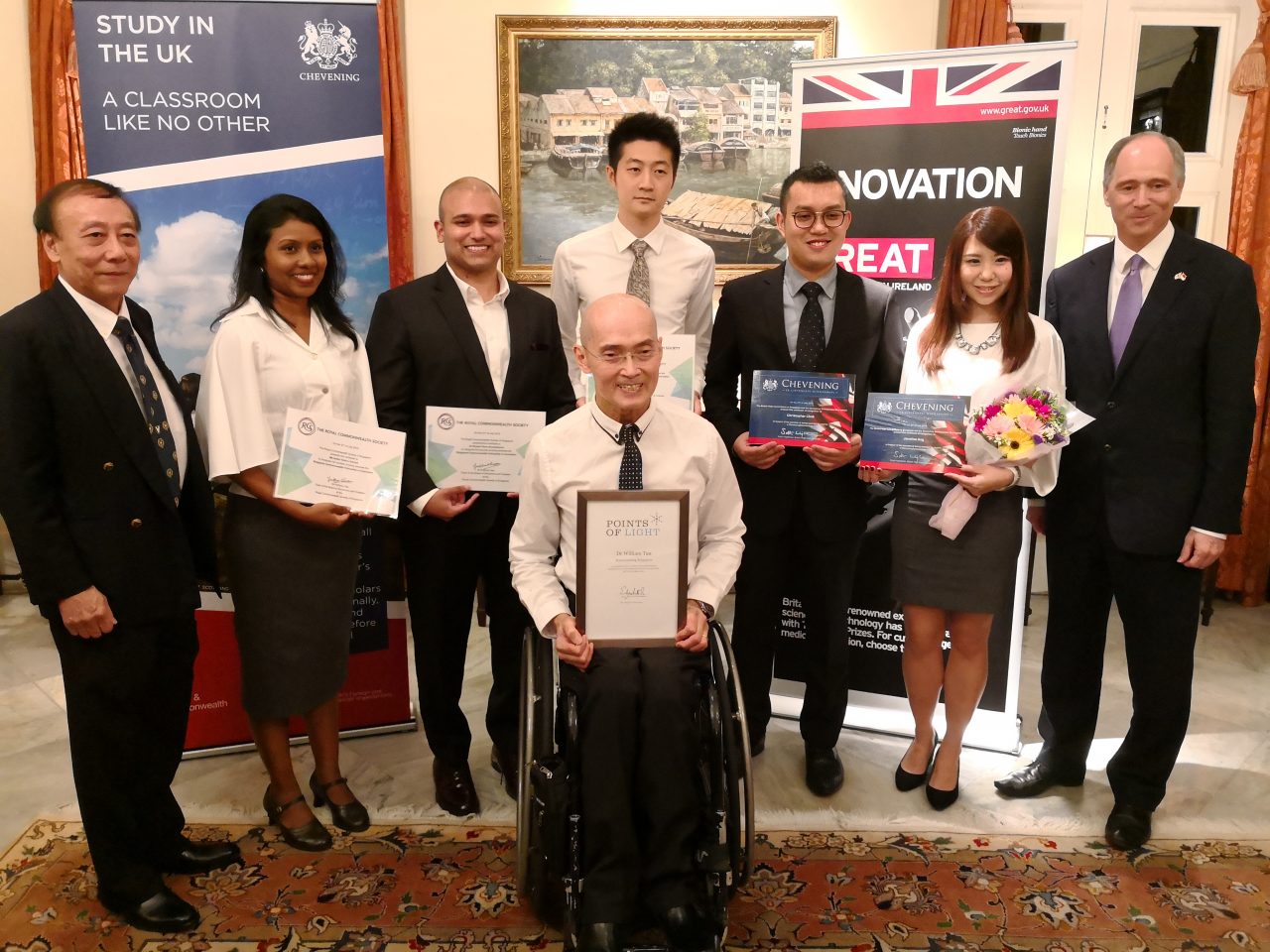 Those who are familiar with Dr William Tan would know that he is someone who embraces the Champion way of life.

Besides his role as the resident doctor at MindChamps Medical @ OneKM and programme mentor of MindChamps Academy, he also devotes his time to various marathon causes to raise funds for a wide range of charities. This includes the likes of Polioplus which aims to eradicate polio, Operation Smile which provides free surgery for kids born with cleft lips, and the Bizlink Centre which helps the disabled in Singapore to access training and employment.

Dr Tan does all these record-breaking fundraisings despite dealing with challenges of his own such as being paralysed from the waist down due to contracting polio from age two and his leukaemia diagnosis.

For the hard work that he put in and for putting the needs of the greater community ahead of his own, Dr Tan was accorded the Commonwealth Points of Light award on 31 July 2018.

Read also: Dr William Tan takes on the Australian outback in a wheelchair to raise funds for charity

What is the Commonwealth Points of Light?

In 2018, one outstanding volunteer from each of the 52 Commonwealth countries was recognised every weekday from Thursday 1 February, leading up to the Commonwealth Heads of Government Meeting 2018 (CHOGM) in London from 16-20 April.

As Commonwealth leaders came together to address shared global challenges and agree how to work to create a better future for all citizens, each volunteer chosen as a Commonwealth Point of Light was recognised for making a contribution to tackling some of these challenges in their communities and beyond.

Here’s what the High Commissioner, Mr Scott Wightman had to say about Dr Tan:

“William is not someone to let adversity stand in his way or detract him from his passion for helping others, be it the loss of the use of his legs as a small child or being told in 2009 that he had stage 4 leukaemia. He has raced wheelchair marathons on every continent, including Antarctica, set racing records and competed in the Paralympics and Commonwealth Games. William has though always been mindful of how he can use his life to help others, becoming a medical doctor, an inspirational speaker and raising millions of dollars for charities.

“William’s actions have challenged many people’s perceptions of disability. It was significant that the Leaders of the Commonwealth nations agreed to work towards creating societies that are fully inclusive of disabled people at the Commonwealth Heads of Government meeting in April of this year.  William shows us why this is so important.”

In turn, Dr Tan shared his sentiments on what receiving the Commonwealth Points of Light award meant to him:

“Having survived Stage 4 leukaemia, I practise medicine and race marathons very differently now. My bucket list is filled with marathon causes rather than marathon courses. I am very honoured to receive the Commonwealth Points of Light Award which certainly invigorates me to be a shining example and a light to the needs of humanity”.

Read here for more details on the Commonwealth Points of Light award.

Get to know Dr William Tan

Dr William Tan is the resident doctor at MindChamps Medical @ OneKM. A multi-degree graduate of the National University of Singapore, as well as Newcastle, Auckland, Harvard and Oxford Universities,

Dr Tan is a highly-successful neuroscientist and medical doctor who has worked at renowned medical and research institutions, including the National Cancer Centre in Singapore.

An accomplished sportsman who devotes his time to championing and fundraising for needy causes worldwide, Dr Tan has raised over $18 million for children’s and medical charities, to date.