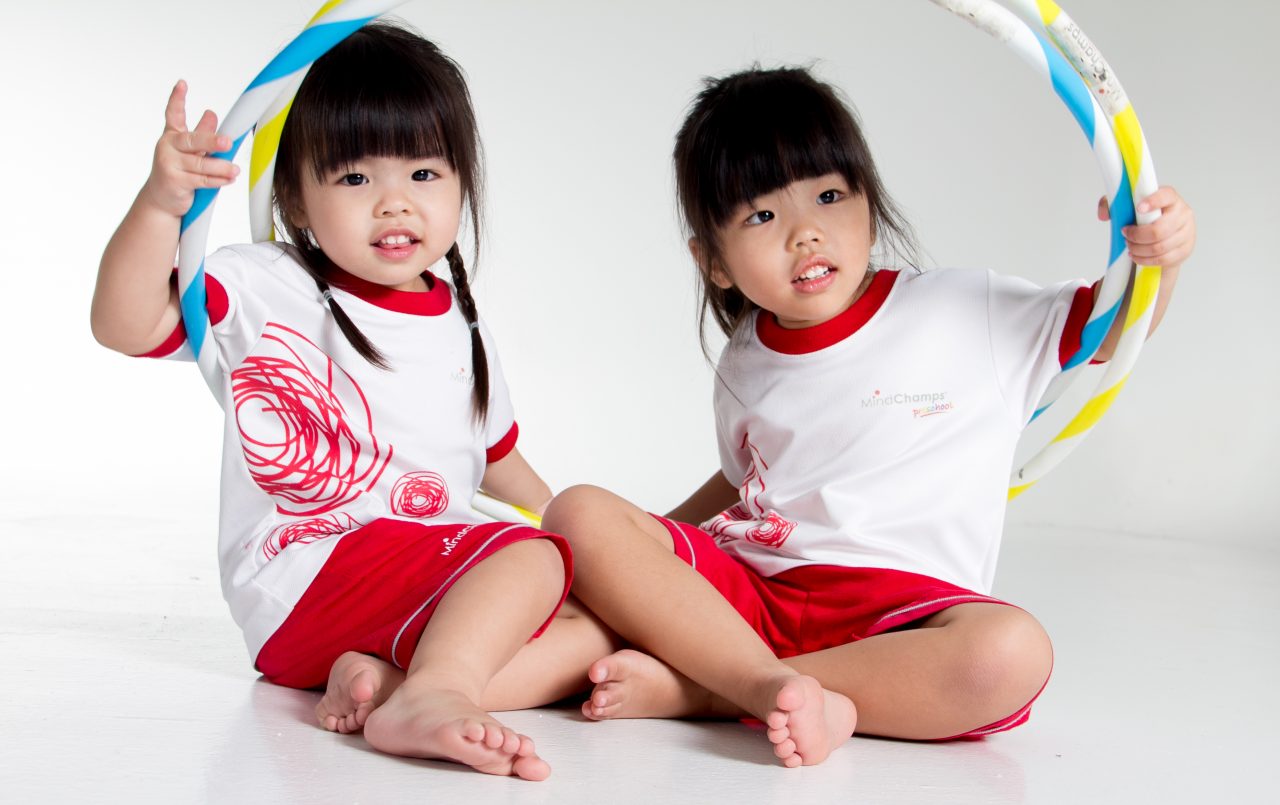 While most preschools in Singapore may teach Chinese as a subject, in Chinese immersion preschools, Chinese becomes a part of the kids’ daily lives. In MindChamps Chinese PreSchool, Mandarin is infused in the unique curriculum. In addition, Chinese is often taught by activating the five senses to increase fun, effectiveness and engagement.

Children are born with the ability to process all human language sound patterns, according to a study by the Northeastern University College of Science. Thus, the first years are essential when it comes to language development.

There are several cognitive and social benefits to learning a second language. Here is how learning Mandarin changes the hearts and minds of toddlers.

Read also: “My toddler hates Chinese and wants to quit his Chinese enrichment classes. What should I do?”

When a Chinese playgroup integrates the language in the children’s daily routines, learning Mandarin is more natural and enjoyable than ever. This, in turn, helps kids cultivate a willingness and love to speak Chinese fluently. Moreover, in MindChamps Chinese PreSchool, every child’s natural learning ability is strengthened by nurturing their Champion, Learning and Creative Minds.

When children play, listen, sing and interact in Mandarin, they undergo a positive change in mindset toward the language. Not to mention, they have more fun this way. Their confidence is also boosted, which encourages them to use Chinese in their interaction with others – that is the power of immersive learning in Chinese classes for toddlers.

An effective way to engage a new learner and keep them interested is to draw upon their senses. Sensory experiences tend to leave a deeper impression. At MindChamps Chinese PreSchool, children’s five senses are activated through enrichment programmes included in the curriculum, such as Music for the Mind, Gourmet Moments, Neuromooves and Creative & Theatrical Strategies, which are conducted in Chinese.

For instance, according to Chen Ying, Assistant Director of Early Childhood at MindChamps, through Gourmet Moments alone, children can obtain vocabulary used to describe the five senses: They see the ingredients; touch the food and help measure, pour and assemble the food; hear the teachers’ instructions; smell the fragrance of the food; and of course, taste its delicious flavours!

At this young age, what is important is for children to like learning Chinese. This is the most crucial step in changing toddlers’ minds and hearts about Mandarin. Chen Ying said that as long as children like Chinese, they will try to say it and use it in their day-to-day speech.

There is a myriad of proven benefits in learning a second language, including the improved overall executive functioning of the brain. In fact, according to this BBC article, learning a new language is “probably the best executive-function exerciser there is.”

Children who are immersed in a second language from their early years, for example through Chinese classes for toddlers, are more likely to do well in language and literacy development. In addition to benefiting concentration and focus, learning a second language in Chinese kindergarten also increases the awareness of other cultures, thereby equipping kids as global citizens.

Other than being fun, immersion in Mandarin can be useful

Above, we described the interesting ways in which a Chinese immersion preschool teaches kids the language – be it through daily routines or enrichment programmes involving cooking, music, art and more. The goal is to inculcate a love for the Chinese language and culture by getting kids to enjoy the process. But beyond that, practically speaking, learning Chinese can also be useful in the modern world.

Immersion in Mandarin may be the missing link between communication and cultural appreciation in a language that is fast infiltrating large segments of society. Learning Mandarin would help widen children’s horizons and likely improve their job prospects in the future.

Read also: How Mandarin for Toddlers Can Be Taught by Non-Mandarin Speaking Parents in Singapore

It is more effective to learn the Chinese language while also understanding the culture and history from which the language was born.

This is where Chinese culture appreciation programmes in Chinese kindergarten come in. Clay modelling, tea appreciation, Chinese opera, Chinese painting, calligraphy and traditional poems are just some of the fun, hands-on activities that children engage in at MindChamps Chinese PreSchool.

Through culture appreciation in Chinese playgroup, young learners are better able to grasp Mandarin as a whole. They connect the dots between Chinese language, culture, values, art and history. This helps change their minds that Chinese is just about remembering words that seem “harder than English.” Gradually, Chinese culture and language open their minds to a new way of thinking.

Read also: The Anatomy of the Best Chinese Kindergarten in Singapore for Your Child

Make the most of your child’s language development in their early years by enrolling them in MindChamps Chinese PreSchool!