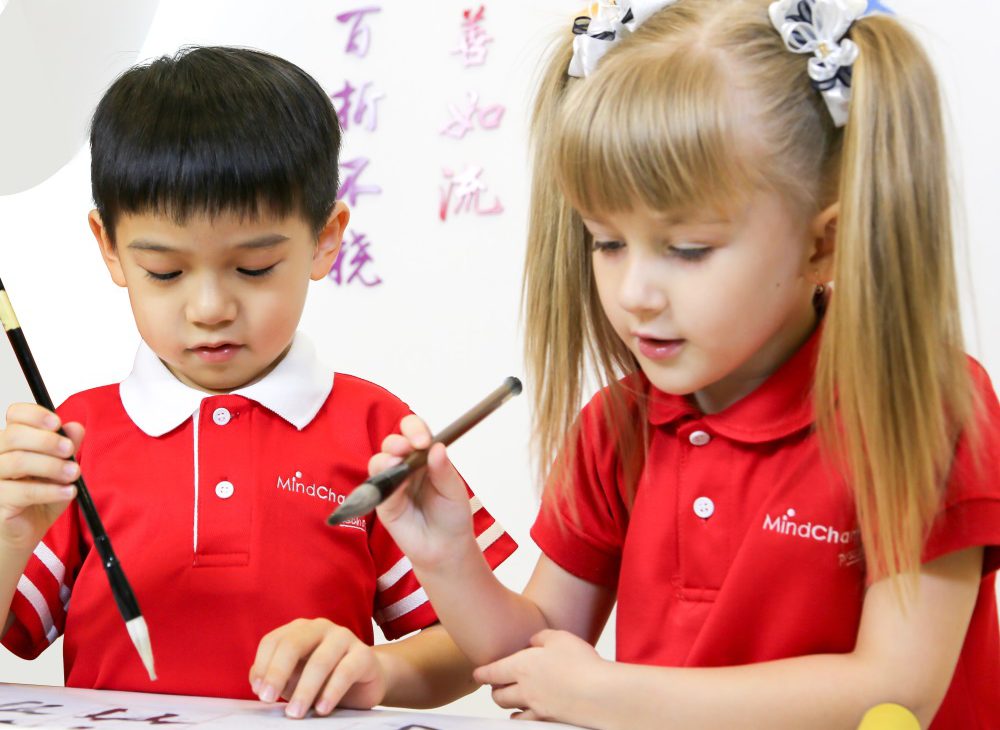 Joyce Sun, Centre Director of MindChamps Chinese PreSchool @ Tampines Central, remembers growing up being wholly immersed in Chinese. Back then there was no Channel 8, and Chinese programmes did not come with English subtitles. You had to actually follow the dialogue in Mandarin.

Some parents today can probably remember growing up like this, too – a time when communicating in Mandarin came easily because it was spoken at school and home. Exposed to it day in and day out, learning Mandarin was not “a chore,” as many kids feel today. Back then, it felt natural.

…Except, why does it have to be “back then”? Why can’t Chinese also feel natural and enjoyable to kids now?

The desire to solve this dilemma drove Joyce, a passionate believer in Chinese and its far-reaching benefits, to open up the first MindChamps Chinese PreSchool Centre at Tampines Central in early 2016.

Read also: 8 Ways a Chinese Playgroup in Singapore Differs from the Norm

When her own daughters resisted learning Chinese, Joyce felt something was amiss. After all, she had made it a point to teach and speak to them in Chinese since they were young. Yet after they were enrolled in a three-hour kindergarten programme where learning Chinese consisted of completing worksheet after worksheet, her daughters appeared more disconnected from the subject than ever.

Why not just send them to Chinese tuition and enrichment classes? That’s how many Singaporean parents would handle their kids’ lacklustre performance in Mandarin. But Joyce pointed out that it was not enough – especially when enrichment classes are typically only held once a week for a couple of hours.

In addition, “with most households where parents speak primarily English to their children, having the children start to really learn Chinese in P1 is too late,” she said, emphasising that starting from their early preschool years, children need to be equipped with the skillset and language foundation in order to prepare for the future.

So when MindChamps Chinese PreSchool @ Tampines Central opened in 2016, Joyce sent her son to join the first batch of K2 students – and saw improved results in as little as two weeks.

“He became more willing to communicate in Chinese, compared to the time before he joined our Chinese PreSchool. He used to run away whenever I wanted to read a Chinese book to him – but his curiosity grew and he started taking initiative to learn the language,” said Joyce.

In noting that his transformation was in stark contrast to her two older daughters’ resistance to learning Chinese, Joyce attributed the positive change in her son to the natural Chinese-speaking environment at MindChamps Chinese PreSchool.

At MindChamps Chinese PreSchool, the key is to nurture the love of the Chinese language. Forget drilling kids with worksheets – there are numerous creative and dynamic ways of learning Chinese that ignite, rather than diminish, children’s interest in Mandarin.

MindChamps Chinese PreSchool’s enrichment programmes such as Gourmet Moments, Music for the Mind, and NeuroMooves are conducted in Chinese to engage Champs in natural conversation in Mandarin with their peers. Each song and rhyme, fun culinary session, and group exercise activity brims with opportunities to use and apply the Chinese language while further increasing their vocabulary.

Often Champs will be so engaged, they might “not even know they’re learning Mandarin because it feels so natural,” Joyce said.

In addition, the integrative Chinese Cultural Appreciation lessons enable the Champs to learn values, as well as experience rich cultural aspects of the language to gain better depth and understanding.

Due to the head start that Joyce’s son got from attending a Chinese preschool, his transition to primary school was a lot smoother compared to his sisters, Joyce observed. Despite her son’s extensive exposure to Chinese, he is strong in English as well, and thriving in primary school.